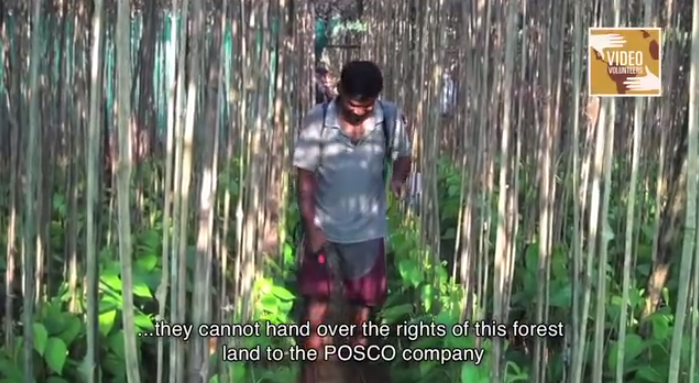 February 2013 | WITNESS, with the Habitat International Coalition (HIC), Video Volunteers and 250 organizations around the world issued a statement about the recent violence in the Indian state of Odisha over the forced evictions related to the POSCO steel plant. The evictions took place in two villages in Odisha, police and security forces forcibly evicted residents and destroyed their crops. More than 50 persons were arbitrarily detained, 6 were injured and Video Volunteers community correspondent Debendra Swain was arrested and later charged. According to the statement,

The most recent wave of police violence, which took place between February 3-6, 2013, is consistent with a documented pattern of abuse, threats, and intimidation by the Indian government to forcibly acquire land in Odisha for the South Korean POSCO corporation’s steel processing plant. We wish to emphasize that these attacks are in clear violation of Indian law, as well as established international human rights norms and standards.

Video Volunteers quickly produced several videos of the attack and on the broader issue, and they created a campaign page on their website. Read more about the case and watch the videos on the WITNESS blog.