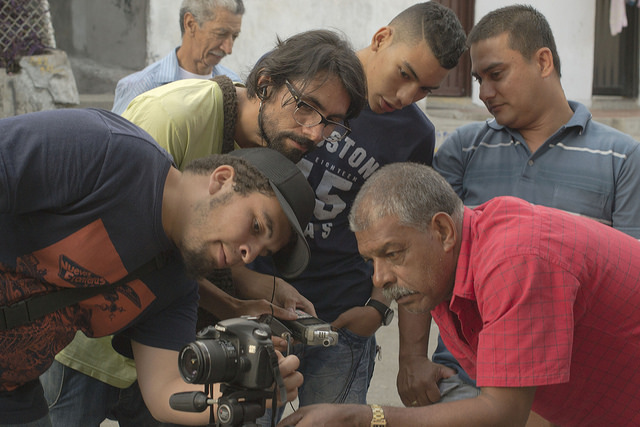 Published May, 2014 by Jackie Zammuto in Update

For the post, Laura photographed and interviewed community members and media activists about the impending evictions in the La Naranjal neighborhood in Medellín. Members of the artist collective, Punto Link, described their project “El Naranjal, Before You Disappear” (“El Naranjal, Antes de que Desparezca“):

For this, before El Naranjal disappears, we want to explore it, get to know it, get inside of it and feel it before the demolition begins and before the buildings and parks are constructed. Before the residents abandon their homes. Before the mechanics leave their shops, before this disappears because of progress, we want to remember it and not let it be forgotten.

Read the full post here in English or in Spanish.