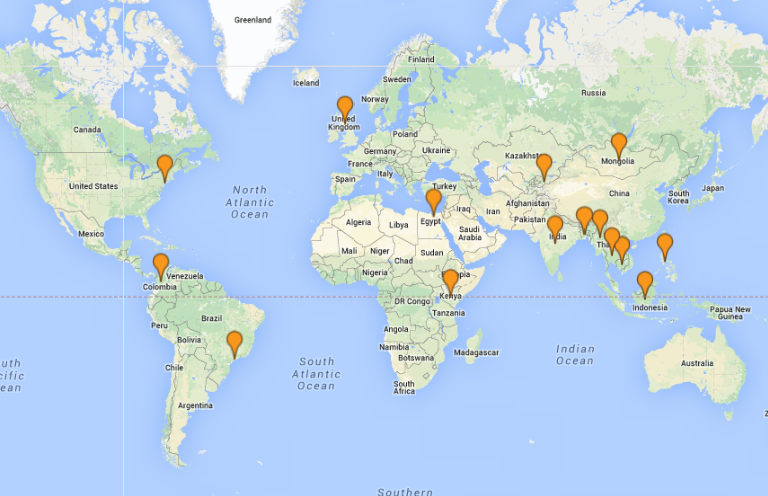 June 2014 | Our two-part blog series highlights where and how the Forced Evictions Advocacy Toolkit is being used. With highlights from Cambodia, Kenya, Scotland, India Egypt and beyond, we share how activists have been finding creative ways to use the resources in screenings, trainings and community meetings.

For example, the Hidden Door Festival in Edinburgh, Scotland featured the Toolkit videos at their Video Activism Night. Joel Venet, a participant at the event, reflected on the videos,

The Video Activism Night in particular gave a fantastic moment of expression to a worldwide perspective on community empowerment in the face of global commercial forces pushing ordinary folk around. The WITNESS films in particular showed what a few good people armed only with camcorders and the will to resist could do to support the poor and underprivileged say NO to exploitation and poverty…

See all of the highlights in Part 1 and Part 2 of the blog posts.

Building off relationships developed through the 3-year Forced Evictions Campaign, WITNESS has shifted its focus from housing rights in Brazil, to helping activists and favela residents use video to document the protests and police violence surrounding the World Cup and Olympics.

In May, Priscila Neri and Rio-based consultant, Victor Ribeiro, met with several key partners and allies to plan for the upcoming work on using video evidence to improve justice and accountability for police violence. WITNESS also held a one-day training for 12 members from a network of community journalists in the Maré Complex in Rio de Jainero. The training aimed to equip community activists with basic notions of how to use video safely, ethically and effectively in their community reporting.

During the week of the World Cup kick-off, WITNESS and our partners launched a new, practical guide in Portuguese on how to film police violence in protests safely and ethically, as well as an open call for video submissions to a collaborative database created to organize, track, and systemize videos of police violence in real time.

For our most recent articles about Forced Evictions, visit the WITNESS Blog.