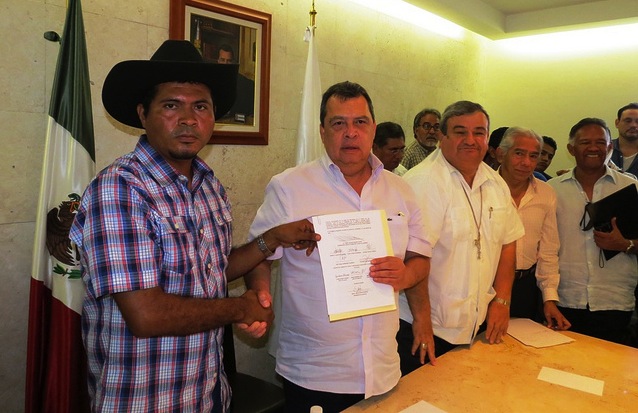 August 2012 | WITNESS partners from the CECOP network in Mexico are celebrating a significant victory after learning of the definitive cancellation of the La Parota dam project. This comes as welcome news, especially considering that the group has been tirelessly fighting the construction of the dam for over 10 years. If the dam project were to move forward, it could have led to the forcible eviction of at least 25,000 people, and the environmental consequences could have had negative impact on an additional 75,000 people in the region.

In an August 16th meeting with the governor of the state of Guerrero, Ángel Aguirre, community members and CECOP presented a 5-point proposal, which was signed by Aguirre. Priscila Neri outlined several of the points in the proposal,

While this is a huge victory for CECOP, the fight continues as the group seeks similar reassurance from other local and national officials.

Video has played an important role in CECOP’s campaign to stop the construction of the dam. Members of the group have participated in WITNESS’ video advocacy trainings and have since produced a number of videos to support their campaign. For example, WITNESS worked with youth activists to produce a video directed at the governor, asking him to turn his promises into reality by canceling the project.

Read more about this case on the blog.