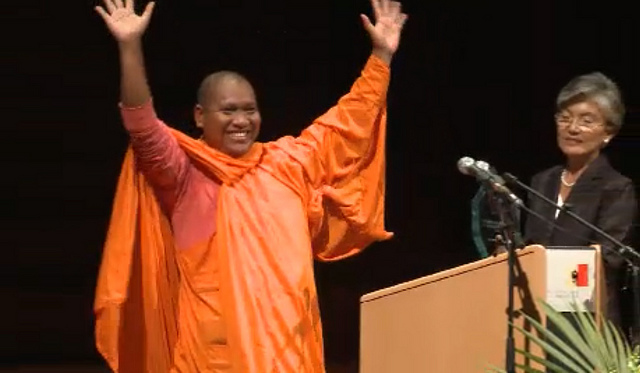 October 2012 | The Venerable Luon Sovath, also known as the “multimedia monk,” was honored with the Martin Ennals Award this month. He was nominated by WITNESS, Civil Rights Defenders and Freedom House.

The Venerable was recognized for his continued support of communities affected by forced evictions, as well as his creative use of video. While this award will help bring the Venerable’s story into the international spotlight, he still faces many risks for his activism, including threats from authorities of being defrocked. The Venerable Sovath explained,

I am so happy to see that Cambodia does have the support of the international community, who can truly help us achieve more rights and freedom, especially for poor communities that are having their homes forcibly taken by the government.

Read more about the Venerable and the Martin Ennals Award in this blog post.